The Bantayog Festival 2014 is scheduled on April 14 – 22, 2014. This coincides with the 94th Foundation Anniversary of Camarines Norte.   This year’s theme for the festival – “ Bawat Camnorteño: Instrumento sa Pagbangon at Pagbabago.”

It is expected that flock of tourist will be coming over to the province not only to witness the said event but also to experience this years’ Holy Week Observance.  For our local producers and processors, this is a perfect venue for promoting the products of Camarines Norte from the delectable processed food products, processed fish, pineapple-based products (including Piña cloth), jewelries, native bags and other products from the growing industry of Camarines Norte. 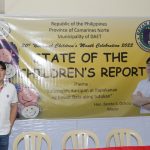 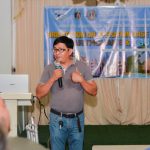 MDRRMO Daet conducted a Seminar/Orientation on Operation Base Exercise for Earthquake and Tsunami at Zane hotel, Daet Camarines Norte. 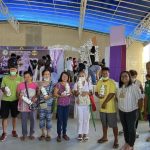 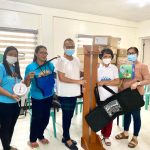 To strengthen the Nutrition Programs here in the Municipality of Daet, the Municipal Health Office distributed a measuring tools to 25 barangays today November 21, 2022.