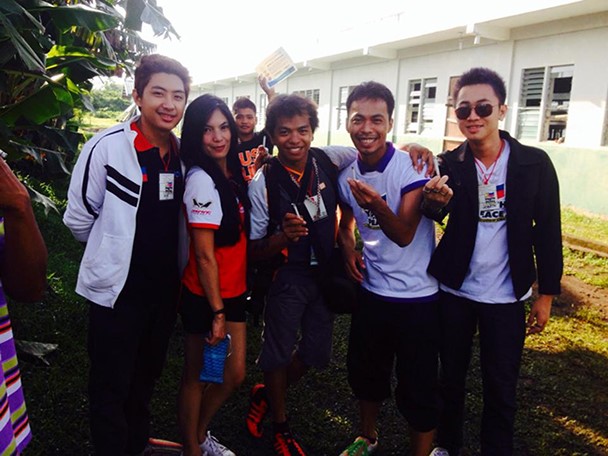 Youth in DRRM, Vulnerability Assessment of Camarines Norte, Kaya Natin Movement Good Governance This is an activity for the youth to become responsible citizens and advocates of the government’s peace and development initiatives. It seeks their active involvement together with other stakeholders to bring about a concerted effort towards national peace and development. The program started with the Parada ng Kabataan as part of the Bantayog Festival before the 276 delegates from the 12 municipalities of the province left for Pili. The formal opening of the program was done on the 23rd April since the delegates arrived at around 8:30pm and all was exhausted because of the travel. The Guest of Honor and Speaker during the opening program was BGEN Richard Q. Lagrana, AFP, the Commander of the 902IBDE, 9ID, PA

Advocacy, Youth Affairs Programs, Youth Development and JCI Programs. Election of Officers had also been made during the activity. Yours Truly, Hon. Ace John Boma De los Santos of San Lorenzo Ruiz had been elected as President. The fifth day is Lakbay Aral, an educational tour around Legazpi City wherein the participants had visited the Navy Base, Legazpi Airport, Air Force Base, Cagsawa Ruins and Embarcadero de Legazpi.