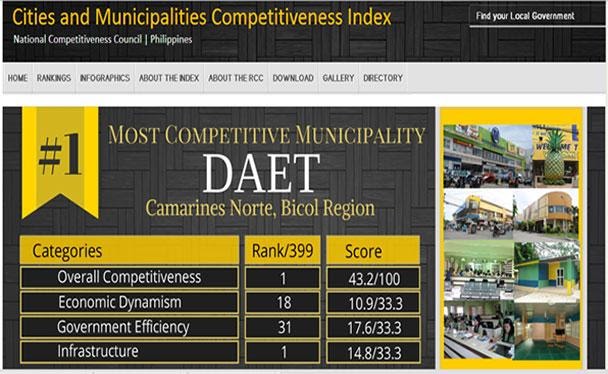 Daet was the only Municipality in the Bicol Region that was included in the TOP 10 Overall Competitiveness 2014 (Municipalities ranking).

Overview of the CMCI

The rankings are based on data collected and submitted by the RCCs.

Scores are determined by the values of the actual data, as well as the completeness of the submitted data. The higher the score of a city or municipality, the more competitive it is.

The table below shows the complete list of the Cities and Municipalities Competitive Index for 2014.