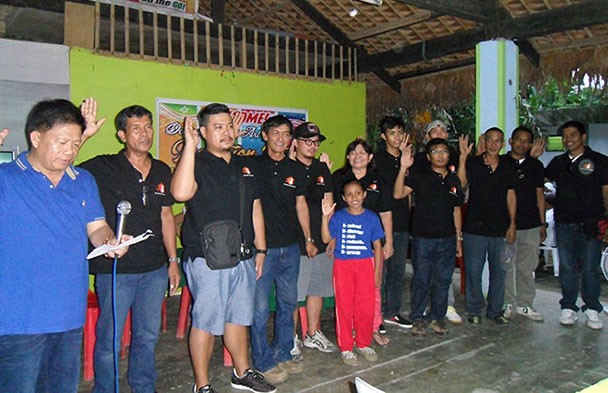 The program started with the Holy Mass at the chapel of Brgy Calasgasan. First Lady Connie Sarion welcomes the entire guest as the host of the event.

Mayor Tito Sarion was the inducting officer for the said rites and chosen as one of the Advisers along with International acclaimed Filipino/Daeteneo visual artist Hermes Alegre.

During the induction, they introduced their group as artists of Daet and the roles they are going to portray and on how they could help fellow artists specially the young ones. Every Saturday afternoon the group is conducting free Art Workshop for all art enthusiasts. The induction rites was also witnessed by people from different sectors, particularly from Youth (METRO-DAET ACTION TEAM), JCI Daet Bulawan, Headed by President Atty. Diding Cu, Senior citizens, Bagasbas Builders Club and other government employees, members of media and other individuals

Here are the set of officers and members of Daet Society of Arts Enthusiasts;