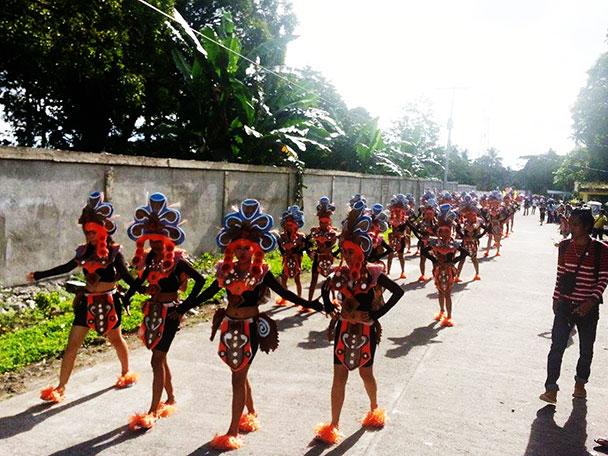 The 4th Mananap Festival officially opened earlier (April 18, 2015) with the presence of Mayor Francis Ong and first lady Joanne Ong together with the support coming from the Provincial Govenrment thru Provincial Tourism Officer Mariano “Bong” Palma.  Also present during the program were the members of the Sangguniang Bayan of San Vicente and the Barangay Officials.

Provincial Tourism Officer Mariano Palma stated that celebration of festivals is significant because it provides identity to the municipality and it gives pride to the people.  According to him, it is true that festival celebration requires a certain budget but its all worth it considering the mileage that the municipality will reach in terms promoting the tourism industry, the products and the people of the municipality.  He even added that on the succeeding years the municipality should also consider to incorporate the founding anniversary of San Vicente in celebrating the Mananap Festival.

Highlight of the grand opening day is the Street Dancing Competition showcasing the creative talents of the people of San Vicente.  The chant and dance of the street dancing focuses on the richness in culture and resources of the municipality as well as their love and care for the environment especially to the tourism pride of the municipality – the Mananap Falls.

also awarded as BEST IN COSTUME and BEST IN FOCAL PRESENTATION

and awarded as BEST IN STREET DANCING

Mayor Ong further declared that the prizes at stake for the Street Dancing Competition for the succeeding years will be bigger in order to encourage more contingents to join the said event.