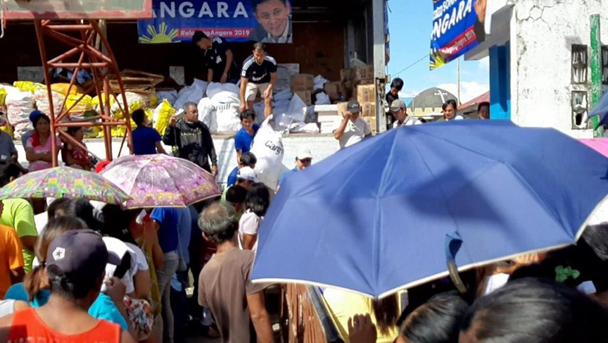 Senator Sonny Angara has sent relief goods to typhoon-affected residents of Camarines Sur and Albay provinces in the wake of disastrous landslides and flooding in Bicol region that happened before the New Year.

Heavy rains from the tropical depression triggered flashfloods and landslides that left at least 120 people dead in Bicol.

Angara said it was unfortunate that the tragedy happened just as everyone was ready to welcome the New Year.

The relief goods were distributed to landslide-striken towns of Milaor, Bula, Bato and Nabua in Camarines Sur and Tiwi in Albay. #