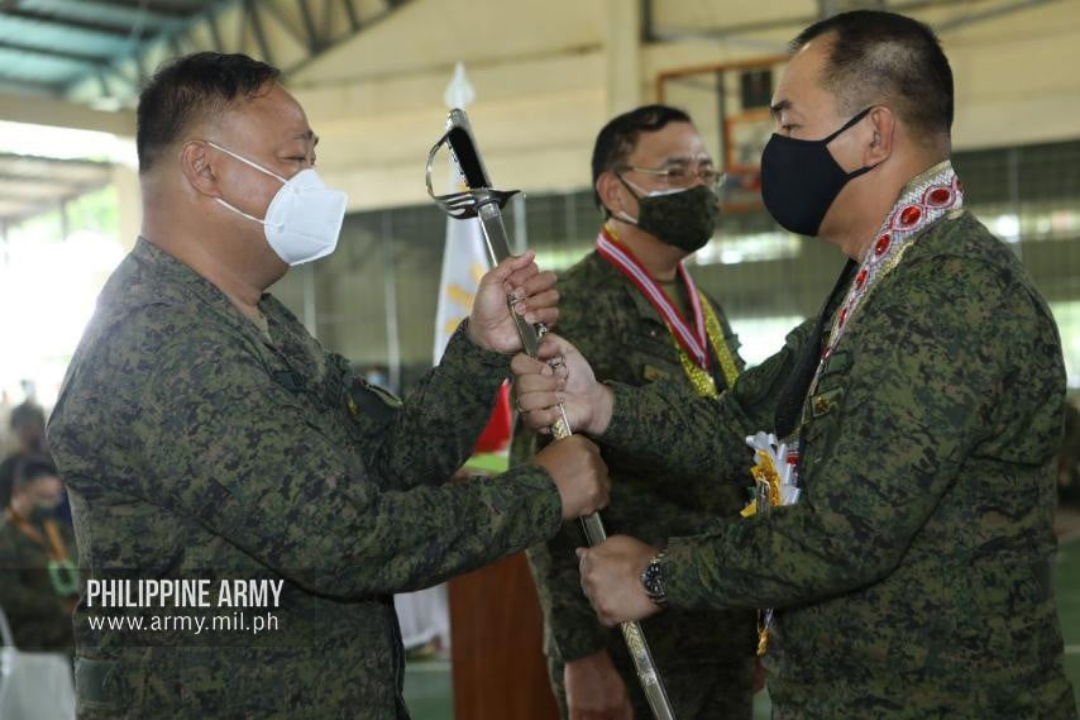 Brig. Gen. Bajao took over the position from Maj. Gen. Henry A. Robinson Jr. in a ceremony presided by the Chief of Staff of the Armed Forces of the Philippines and concurrent Commanding General Philippine Army Lt. Gen. Andres C. Centino.

Brig. Gen. Bajao is a member of the Philippine Military Academy “Makatao” Class 1989. He also served as the 9ID’s Assistant Division Commander before his new designation. He also held leadership from various units such as the 1002nd Infantry Brigade; Joint Task Force General Santos, 10th Infantry Division; Eastern Mindanao Command, Office of the Secretary Army General Staff; and 78th Infantry Battalion, 8th Infantry Division, to name a few. Brig. Gen. Bajao graduated from the Development Academy of the Philippines with Masters in Public Management Major in Development Security, and the University of the Philippines with a Doctorate in Public Administration.

Meanwhile, Maj. Gen. Robinson is a member of the PMA “Hinirang” Class 1987. He bowed out from the service today as he reached the mandatory retirement age of 56 after rendering 38 years of faithful military service.

During his stint as Commander of 9ID since May 2020, the division has significantly contributed to the government’s campaign against communist insurgency in the Bicol region.

“To the men and women of the 9th Infantry Division, continue to give your support to your new Acting Commander as you did to his predecessors. The Headquarters Philippine Army and the Armed Forces of the Philippines are always ready to provide whatever you need to accomplish your mission.”