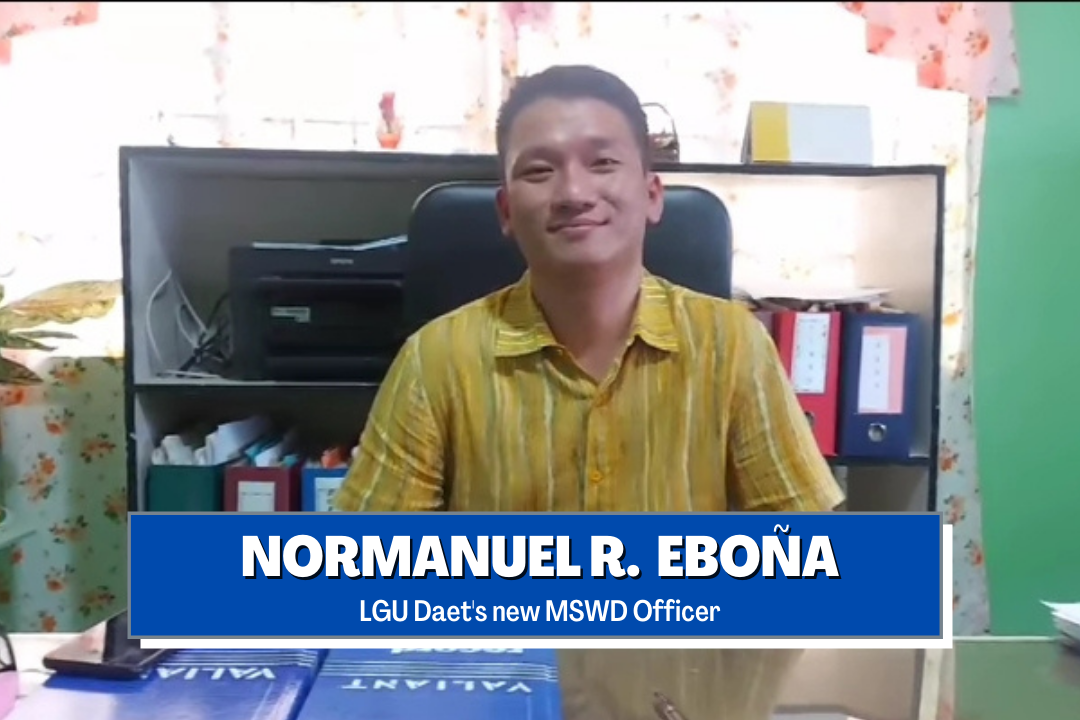 The newest Municipal Social Welfare Development Officer of Local Government Unit (LGU) Daet, Mr. Normanuel R. Eboña expressed his heart in serving the people of Municipality of Daet during his first day in the office.

Yesterday, January 6, 2022, Eboña was installed and started his duty as the newest MSWD Officer of LGU Daet.

In an interview with Mr. Rodel M. Llovit, Station Manager of 100.5 Cool Radio FM, he said that one MSWDO’s priorities according to Mayor Benito”B2K” Ochoa is to focus on the youth sector of the municipality, to empower the youth as they are the community’s future.

Having the experience as MSWD Officer in the Municipality of San Lorenzo Ruiz for the past two years, one of the differences of leading LGU Daet’s social welfare compared to LGU San Lorenzo Ruiz is the number of street children in Daet.

According to him, street children are very rare in San Lorenzo Ruiz unlike in Daet. During the first day of his meeting together with MSWD personnel, he shared that he already told his team to intensify programs and operation management for the street children in Daet. He also asked to know their profiles so that MSWD will know what they can offer to the street children and their families.

Likewise, Eboña also stated that despite of having limited budget of MSWDO from the LGU, he is thankful to the partner organizations like Kiwanis Club of Daet that is active in supporting the programs and activities of MSWDO.

With nine years of experience as a social worker at LGU Daet and two years of experience as MSWD Officer in LGU San Lorenzo Ruiz, Eboña is confident to perform his duty with excellence and to really uplift the living condition of every Daeteño with the help and support of the leadership of Mayor Ochoa of LGU Daet.