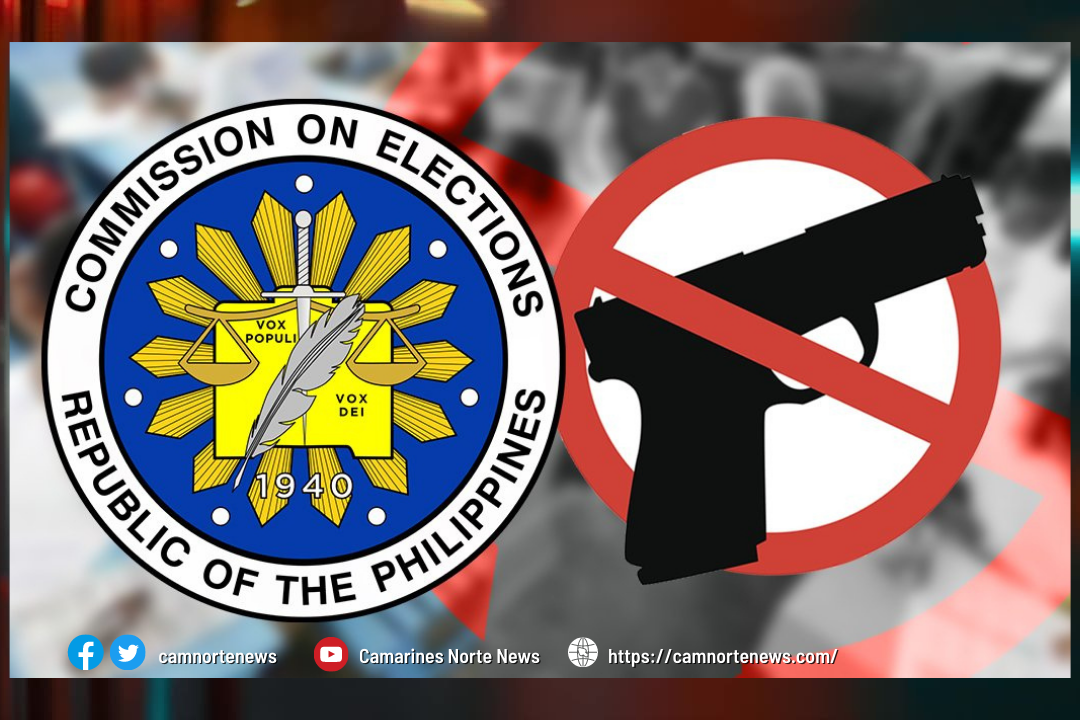 As the 2022 election approaches, Commission on Election (COMELEC) has issued rules for the gun ban that will start on January 9 to June 8, 2022.

In Resolution No. 10728, the poll body said the bearing, carrying, and transporting of firearms and other deadly weapons are prohibited during the period stated above.

Each checkpoint, it said, must be “well-lighted, properly identified, and manned with uniform personnel.” They must also have three feet by four feet (3’x4′) signboards to distinguish the place, and warning signs for motorists to slow down.

Spot checkpoints may be set up “where the circumstances warrant,” according to the Comelec.

Those who were able to secure a certificate of authority (CA) issued by the CBFSC are exempted from the ban.
The certificate may be issued to the following: regular officers, members and agents of the Office of the President, Presidential Security Groups, Office of the Vice-President, Comelec chairman, commissioners, and officials of the commission, Regional and provincial election heads and election officers, Comelec organic security officers, AFP, PNP, BFP, Philippine Drug Enforcement Agency and Philippine Coast Guard officers and personnel.