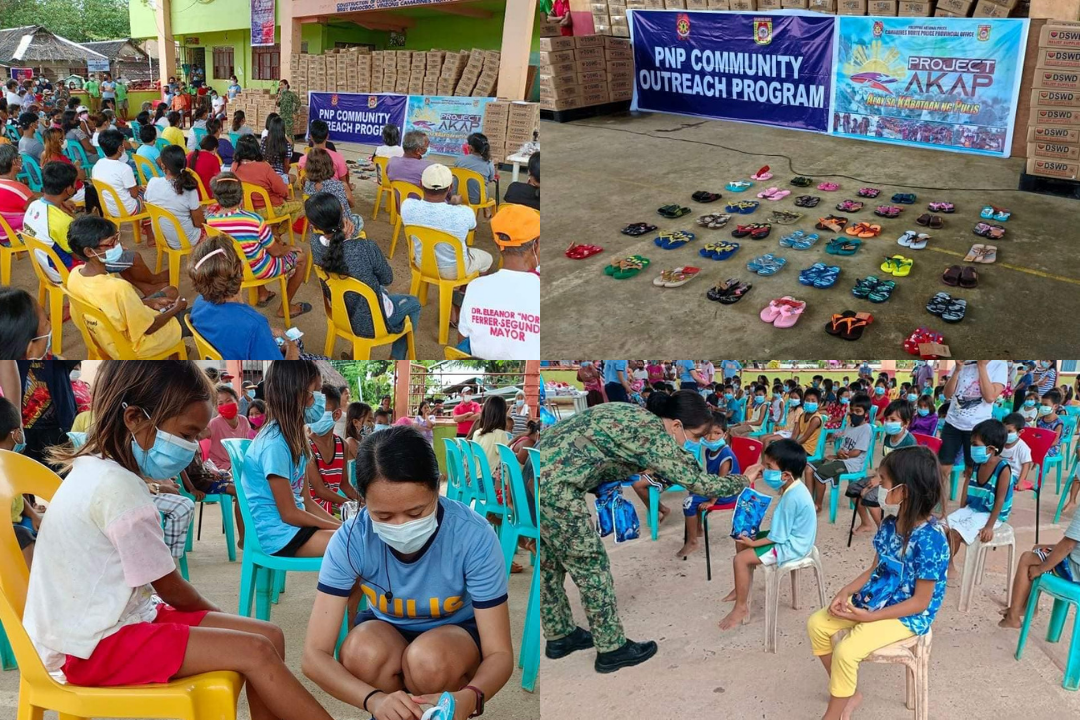 Around five hundred families in coastal barangays in Vinzons were reached out by the Camarines Norte Provincial Police Office (CNPPO) thru the PNP Community Outreach Program dubbed as Project A.K.A.P or Alay sa Kabataan ng Pulis and OPLAN BES or Bisita Eskuwela.

The five hundred beneficiaries of the said program were from Brgy. Banocboc, Brgy. Sugod, Brgy. Mangkawayan and Brgy. Biday. Each family received food packs from the government thru representatives from DSWD.

Meanwhile, CNPPO personnel gave pair of slippers, candies, and chocolates to the children on the island.

In PNP Provincial Director PCOL Julius Guadamor’s message, he said that even the bad weather cannot hinder them from helping these families in need.