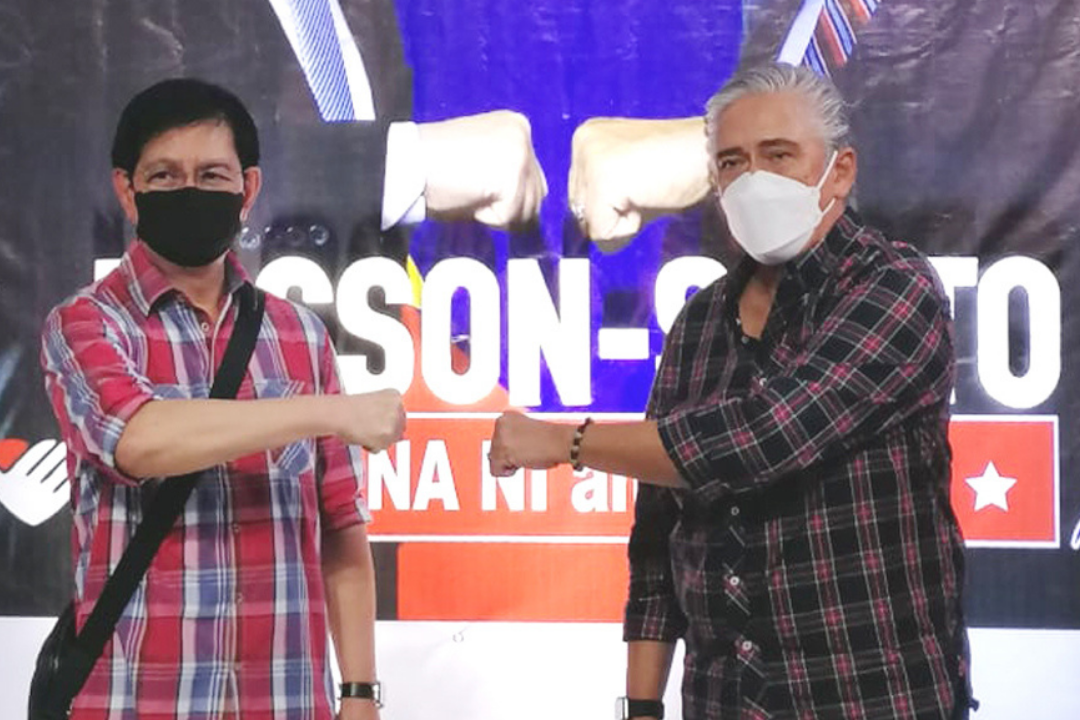 Presidential aspirant Panfilo “Ping” Lacson and his Vice President running mate Tito Sotto III vows to fix the lives of the Filipinos by fixing ills in the government.

In a Press Conference with media personnel from Bicol held on Saturday, January 29, 2022,  73-year-old Candidate Ping Lacson ran down a laundry list of the country’s problems including massive debt, unemployment, business closures, poverty and hunger, narcotics, and territorial disputes in the West Philippine Sea, Covid response, lack of leadership and corruption.

The Presidential aspirant stressed out that shall he be elected he will focus on terminating corruption as he sees it as the worst form of thievery because it victimizes the people who voted for them and whom they swore to serve.

Lacson promised that on his first week of Presidency, he will prioritize strict management of the public coffers and conduct a massive cleansing of the bureaucracy to rid the government of thieves and to restore the trust of the people.

While Lacson said that he and his running mate Sotto were still drawing up a “roadmap” for government, he highlighted several priorities such as the pandemic response and recovery, stricter management of public funds, and engaging local governments by giving them more responsibility, autonomy and greater accountability.

On the other side, Lacson’s Vice Presidential running mate Tito Sotto III personally volunteered to take over the task of overhauling the anti-illegal drug operations in the country if he wins in the election.

He said that he will head the anti-illegal drug operations in the country, but the campaign will undergo a huge turn from the Duterte administration’s bloody war on drugs, as he sees that Oplan Tokhang has been carried out “indiscriminately.”

Sotto plans to focus on a holistic approach in the law enforcement, which encountered a lot of issues. He wants to focus on prevention and rehabilitation, which he believes were ignored by the present administration.

Lacson, a former chief of the Philippine National Police, expressed full confidence in Sotto since he previously chaired the Dangerous Drugs Board.

Ultimately, the candidates remind Filipinos their greatest challenge as a nation – to be careful in electing the nation’s leaders because in choosing wrong, they may end up worse off in the next six years and they only have themselves to blame.