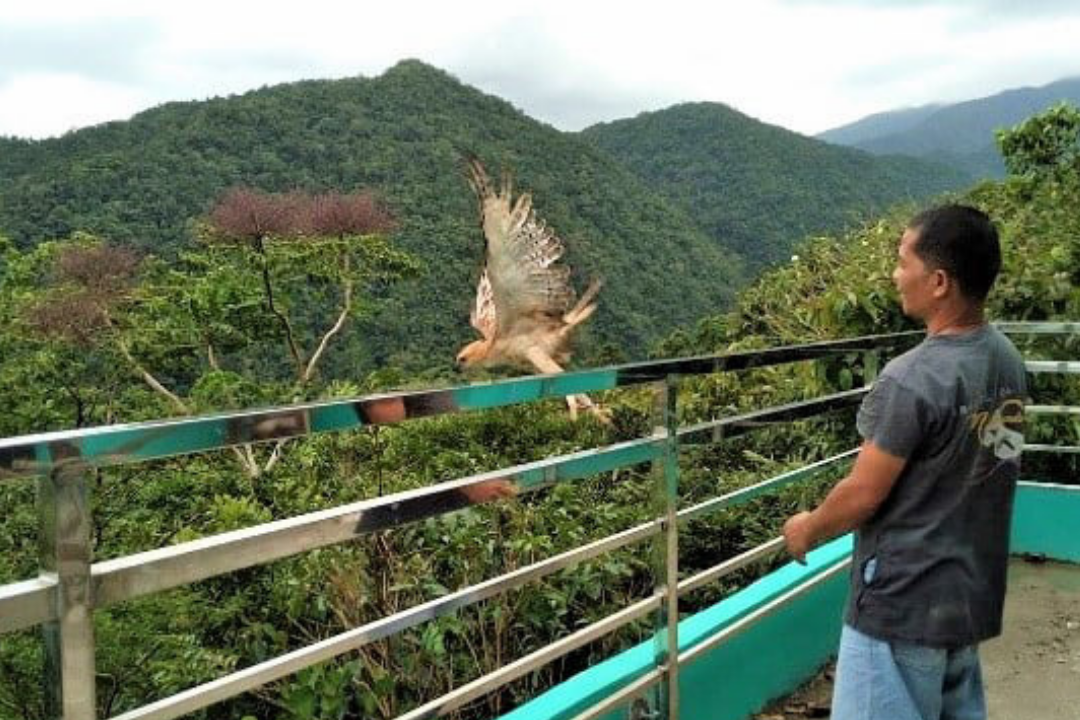 According to PENRO Camarines Norte technical staff, the Philippine Hawk-Eagle was found by a resident of Barangay Alawihao, Daet, Camarines Norte, shivering on a grass field and was immobile due to the heavy rains. The resident informed the Office to which the officers responded immediately. Upon examination, the wildlife was in good condition and was released into the wild.

Meanwhile, a resident of Barangay Del Rosario, Mercedes, Camarines Norte voluntarily surrendered the juvenile, meter-long Paradise Flying Tree Snake. It was also in good condition and was immediately released into the wild.

Under Department of Environment and Natural Resources (DENR) Administrative Order (DAO) No. 2019-09 titled, “Updated National List of Threatened Philippine Fauna and their Categories”, the Philippine Hawk Eagle is considered endangered while the Paradise Flying Tree Snake falls under the category of Other Wildlife Species. Likewise, all wildlife in the Philippines are protected under Republic Act No. 9147, otherwise known as the “Wildlife Resources Conservation and Protection Act”.

The DENR V continuously calls on the public to report such incidents and turnover any wildlife to proper authorities for proper handling and release to its natural habitat. Continuous Communication, Education, and Public Awareness (CEPA) campaigns are being conducted by the DENR, which have caused increasing numbers of public turnovers to the office.