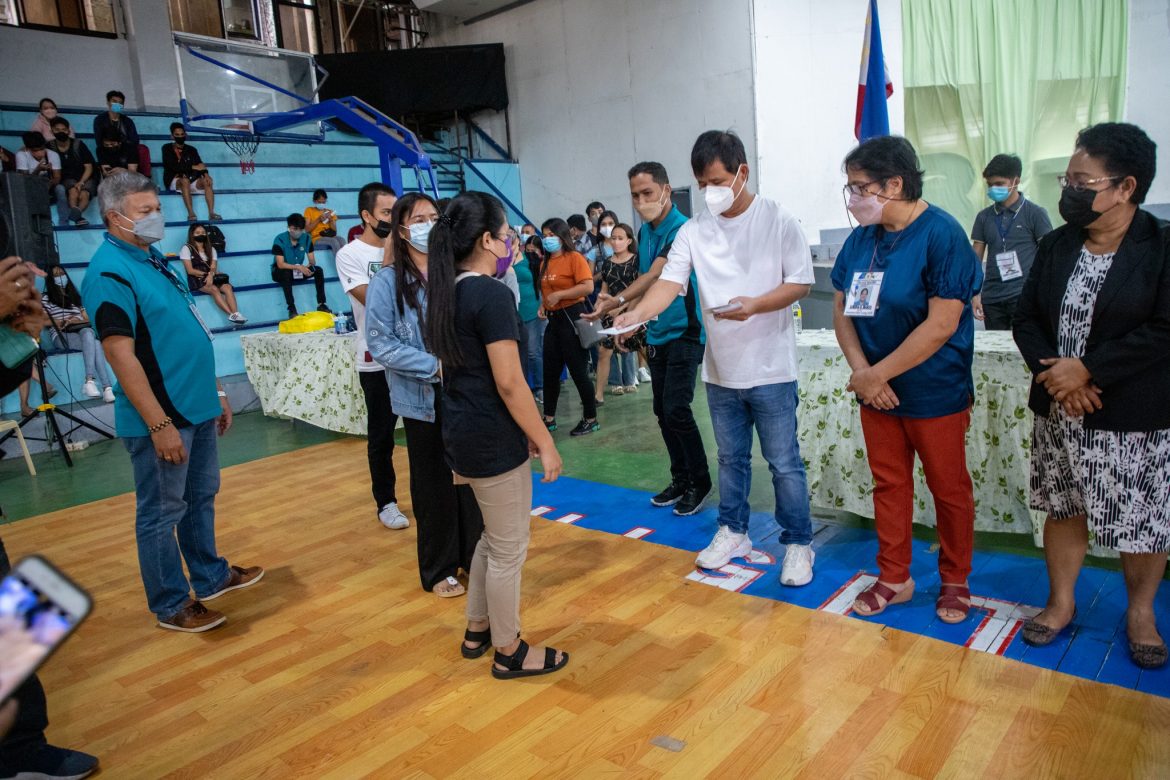 A total of P1,907,000.00 intended for College Education Assistance Program of the Provincial Government of Camarines Norte were released to its grantees last February 2, 2022, in Agro Sports Center, Daet, Camarines Norte.

These scholars are just about 24% of the total number of CN-PGCEAP’s scholars which is 2,519.

This program has been helping many students for many years in supporting their studies financially.

The activity was spearheaded and facilitated by the Community Affairs Office (COA). Governor Edgardo A. Tallado and Vice Governor-Elect Jonah G. Pimentel were also present in the activity to personally give the allowances to the students and also give an inspirational message to them.