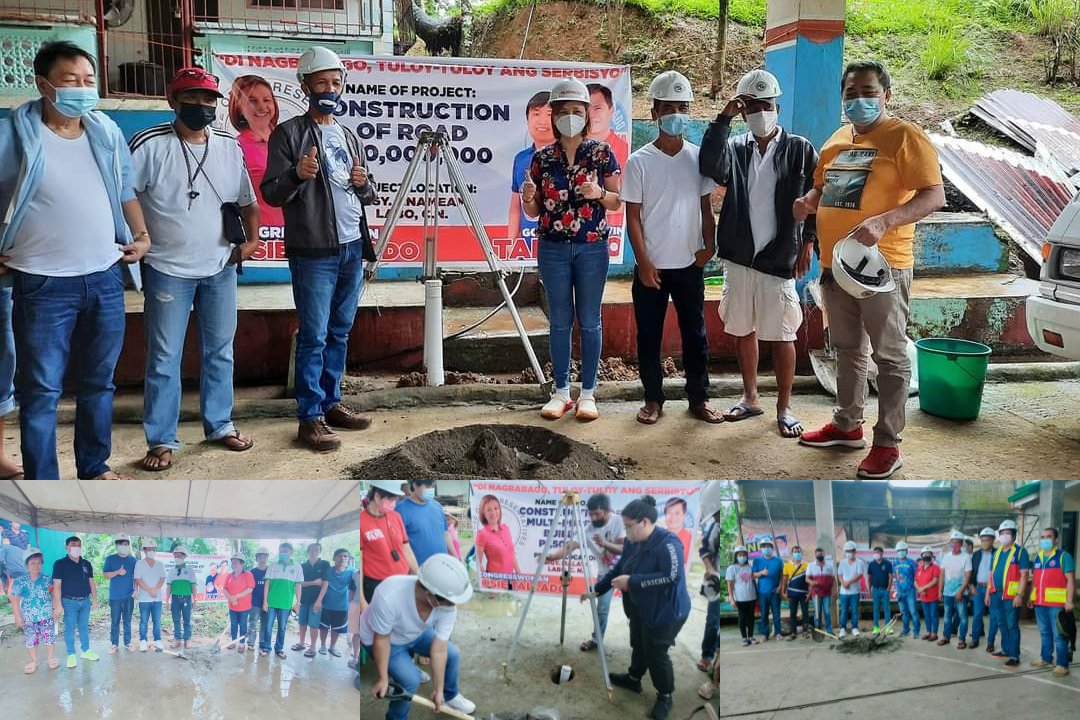 This has been the Provincial Government of Camarines Norte’s (PGCN) current administration’s mantra in doing a series of groundbreaking ceremonies for various infrastructure projects worth millions in several barangays in Labo and Sta. Elena recently.

These various infrastructure projects collectively amounting to 800 million pesos implemented this year were made possible by the Provincial Government of Camarines Norte thru the headship of Governor Edgardo A. Tallado together with 1st District Representative Congresswoman Josie Baning Tallado.

With the help and support of Team Gawa, different groundbreaking ceremonies were completed in Municipalities of Labo and Sta. Elena recently.

These various projects under the General Appropriations Act (GAA FY 2022) are the following:

In one groundbreaking ceremony held in Labo, Cong. Josie Tallado stated that despite her personal incapability to financially provide for these projects, she emphasized that alongside Governor Edgardo A. Tallado, they are not stopping to continuously find fund allocations to make these projects possible.

Meanwhile, the barangay officials of the barangays with these projects were all grateful to the PGCN for the implementation of these infrastructure projects in their barangays that would really help in the development of the community.