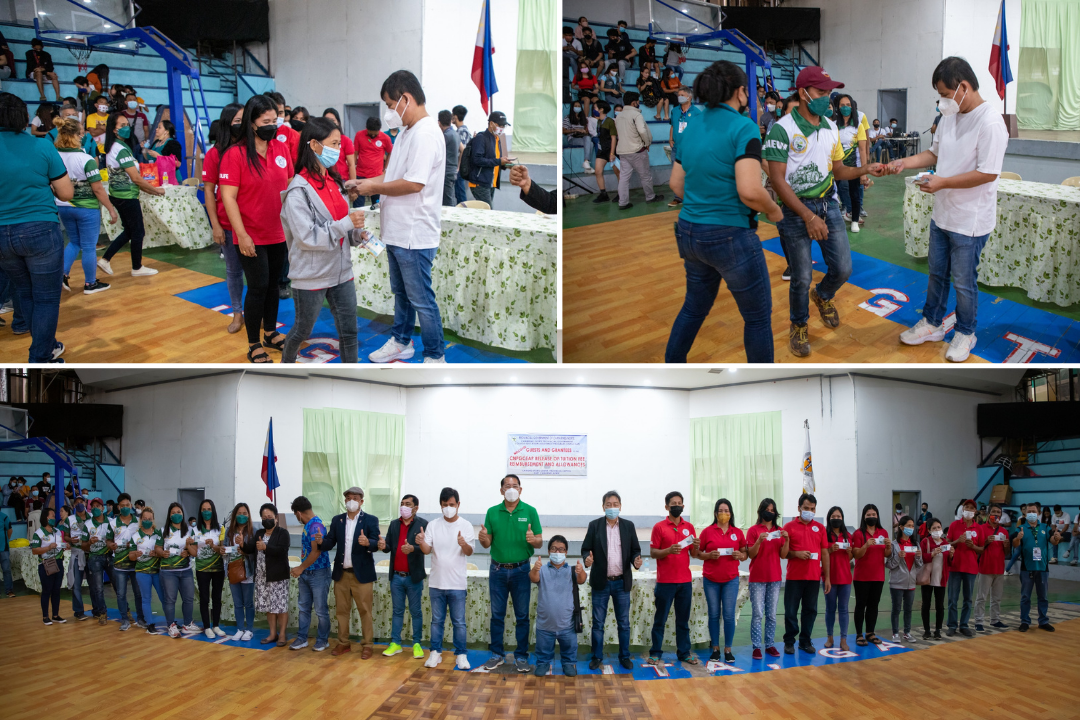 The Provincial Government of Camarines Norte (PGCN) through the Office of the Provincial Agriculturist (OPAG) released recently the honoraria for the province’s Barangay Agricultural Extension Workers (BAEWs).

A total of 169 BAEWs received three thousand pesos (Php 3,000) each for their two-month worth honorarium in a simple distribution activity held at Agro Sports Center on February 10, 2022 along with the conduct of their 1st quarter meeting for the year 2022.

Gov. Egay Tallado and OPAG Head Engr. Almirante Abad lead the distribution together with the members of the Sangguniang Panlalawigan.

The honoraria received by BAEWs is an incentive from the provincial government as a token for their invaluable services to further accelerate the growth and development of the agricultural sector in the province.