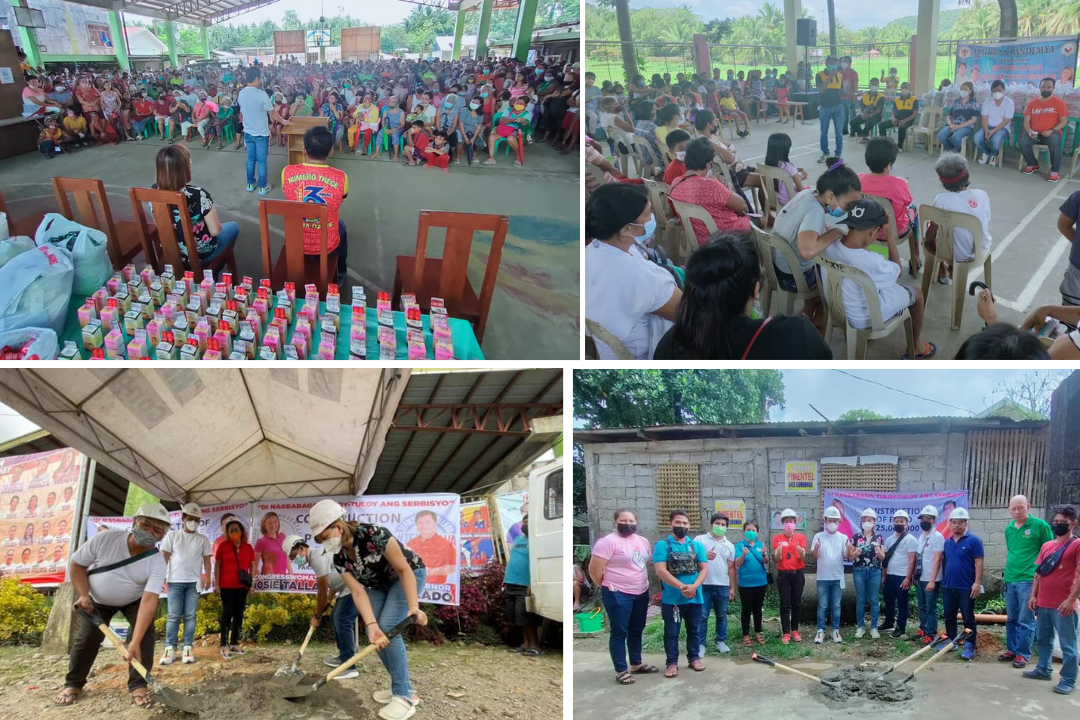 Another six barangays from the municipality of Paracale was visited by Team Gawa of the Provincial Government for the ongoing program Ayuda sa Pandemya 2022.

Along with the distribution of food packs, ground breaking ceremonies for various infrastructure projects in said barangays were done.

With the tagline “Di nagbabago, tuloy tuloy ang serbisyo”, Tallado assured his constituents of the Provincial Governments services and will continue this program despite the pandemic to show support to the residents of Camarines Norte.