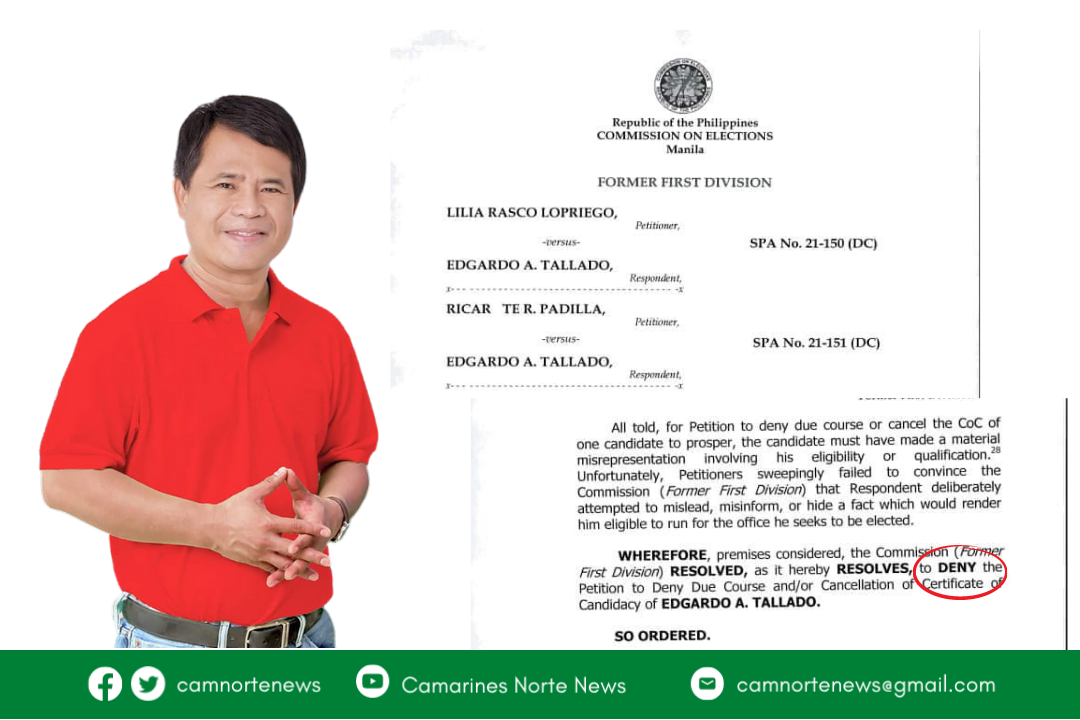 The Commission on Elections (Comelec) has junked the disqualification case against Governor Edgardo A. Tallado for his gubernatorial bid in the upcoming May 2022 elections.

In the resolution rendered and released on February 18, the Comelec’s former First Division dismissed the petitions filed in October last year to cancel the Certificate of Candidacy (COC) of Tallado filed by Lelia R. Loperiego and Ricarte “Dong” R. Padilla.

Tallado, in his defense, maintains his answer that his 2016-2019 term was validly interrupted when he was twice removed from the office by the Ombudsman.

The conclusion of the Supreme Court is clear that there was an involuntary interruption during the 2016 to 2019 term of Tallado.  Hence, the petition of the disqualification under the three-term limit rule does not apply to the case.

Meanwhile, in a Facebook post, Tallado expressed that he is grateful especially to CamNorteños who are continuously supporting and trusting him as the Comelec gives favor to him in the disqualification case given to him by his opponent Padilla.

He also added that he will continue to serve the public to the people of Camarines Norte.