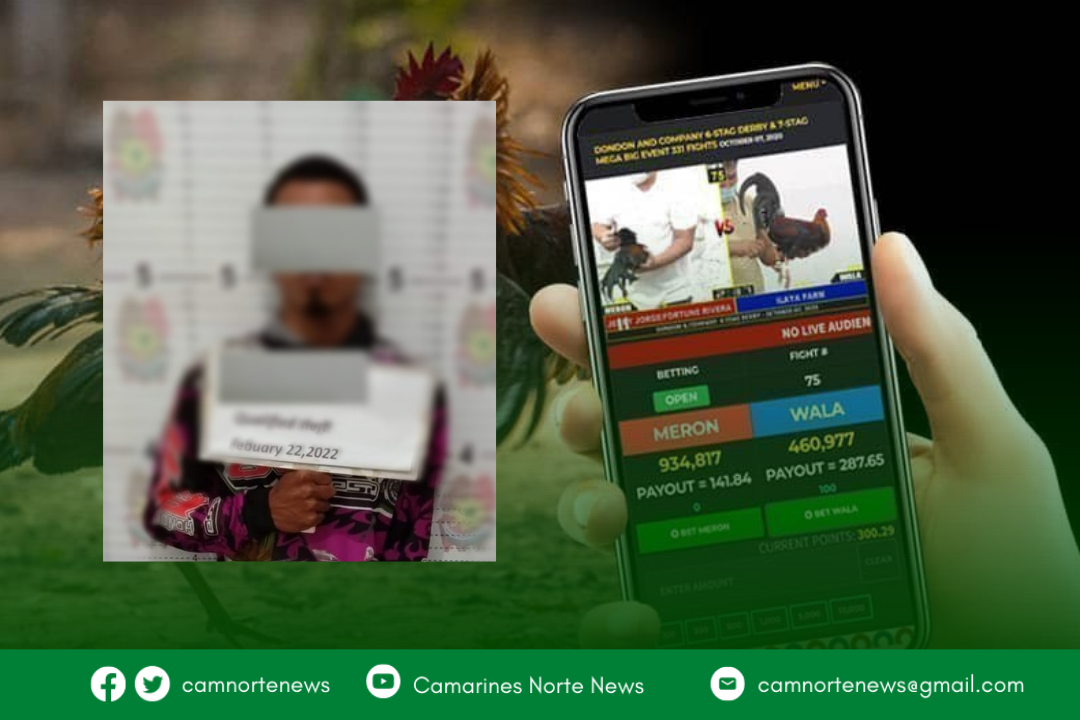 A local delivery rider loses delivery collection worth P12,000.00 after betting all of it on online sabong or popularly known today as talpak and pretends to be robbed to cover up his actions.

The suspect was known as alyas “Ric”, 29 years old and a resident of Barangay II, Mercedes, Camarines Norte.

According to the suspect’s statement to Paracale Municipal Police Station (MPS), together with the local delivery branch custodian to cover up his actions, he was allegedly robbed by 2 unknown men around 5 o’clock in the afternoon of February 21, 2022 after delivering parcels in Brgy. Maybato, Paracale, Camarines Norte.

However, after in-depth analysis and investigation, the suspect admitted that he was not robbed but used the collection money in betting on talpak/online sabong and losing all of it.

Meanwhile, the manager of the courier services withdrew the case supposed to be filed against Ric because of pity but fired him in his delivery job as a consequence of the said incident.