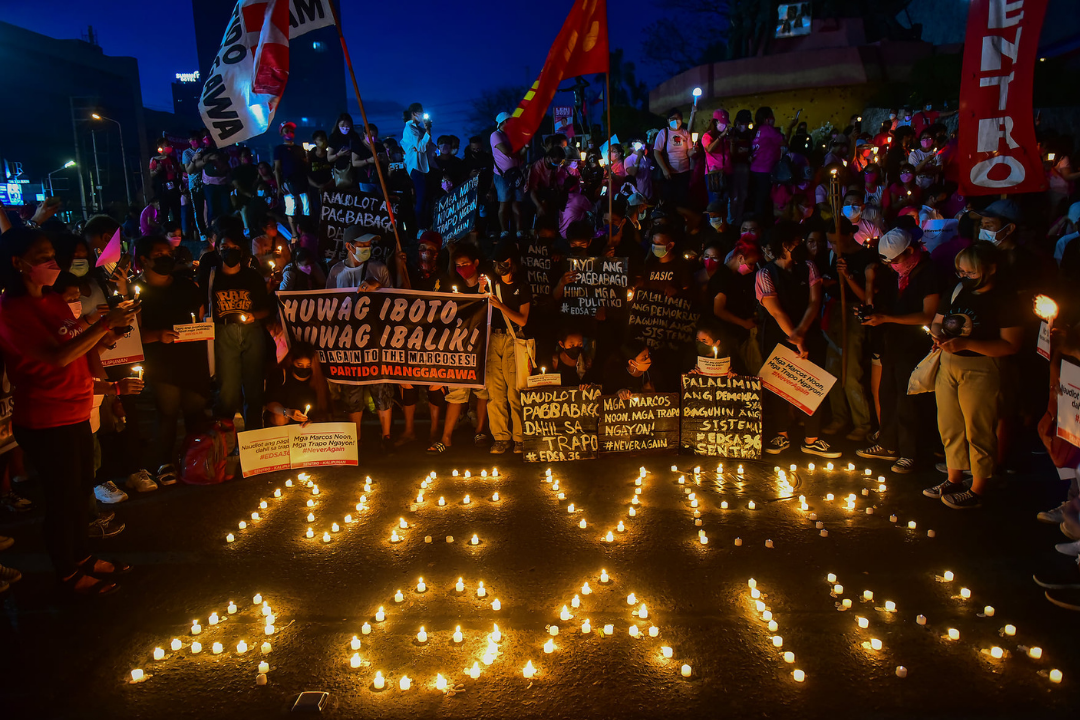 “Let us not allow them to kill our democracy again. When the Marcos family returns to power, they will not only erase and dismantle our murals and posters; they will also erase our history and truth. They will dismantle our freedom and democracy, ”said Akbayan First Nominee Perci Cendaña.

“The Marcoses are not victims of Edsa. There was Edsa because of the sheer number of victims. The Marcoses are democracy killers. They are serial killers of democracy and its institutions. They did it before under their father’s Martial Law. They will do it again with the son’s troll armies and fake news peddlers”, Cendaña added.

Akbayan Second Nominee and Akbayan Youth Chairperson Dr. RJ Naguit to young voters not to allow the Marcoses “to plunder their future with their own votes.”

“The Marcoses tried to steal our past with their historical distortion, their lies and fantasies. Now, they want to use the elections to steal our future,” Naguit said.