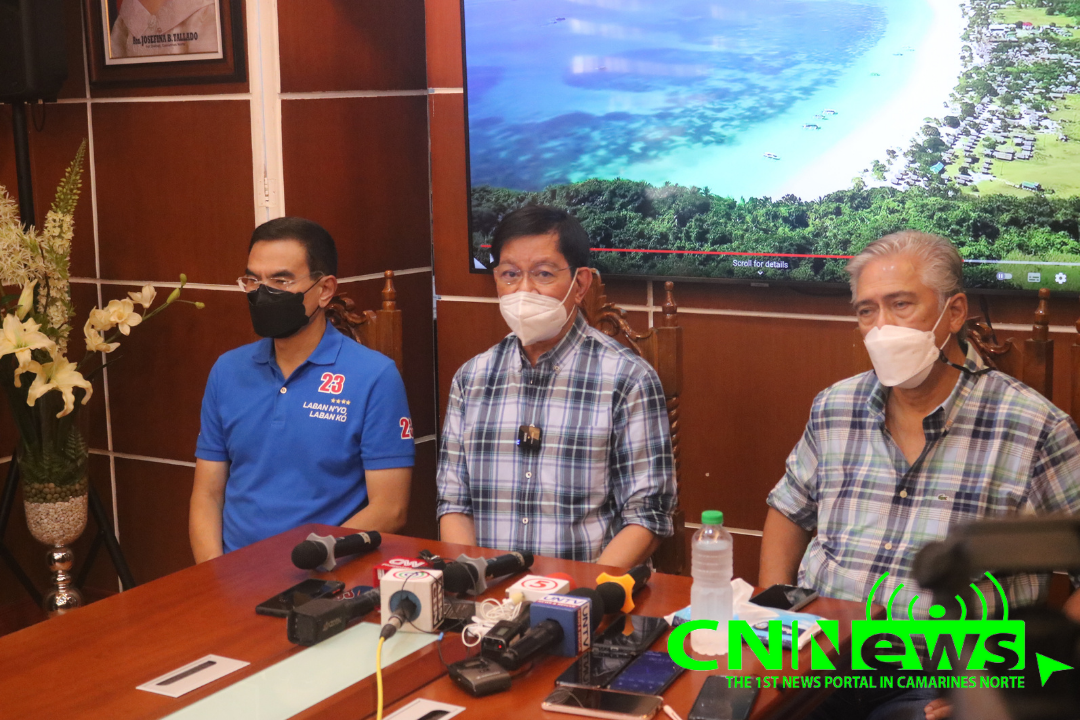 This was Presidential Candidate and Senator Ping Lacson’s firm response when he was asked if he is in favor with Comelec releasing advanced topics or general ideas for the Presidential and Vice Presidential debates in a press conference held yesterday at Daet, Camarines Norte.

Last Monday, the Commission on Elections became trending after their decision to inform the candidates of debate topics ahead of the forum.

“We will give the candidates a general idea of what the topics to be discussed are, but what we will not give them are specific questions,” Comelec spokesperson James Jimenez said on Monday.

“We would like the debates to be fair and every candidate will have the opportunity to do whatever research they need to do in preparation for the debates,” he added.

The presidential and VP debates sponsored by the poll body are slated for March 19 and 20.

The commission is set to meet this week with the representatives of the candidates to agree on the general rules.

Meanwhile, Presidential Candidate and Senator Ping Lacson highly disagree with the idea of giving advanced topics to the candidates.

He stated in the said presscon in Daet that as aspirants for a national position, the candidates should study ahead of time to be prepared for the debate.

In the recent presidential debate organized by CNN Philippines, Lacson made the call after finding the 90 seconds allotted to candidates to answer to be limited.

“I was over-prepared. Actually, there are many unasked questions that I was prepared to answer – water crisis, power crisis – that could have been discussed so that our countrymen will know where the candidates stand,” he told reporters in Filipino.

He also added that he and his running mate Senate President Tito Sotto did not only prepare a week before the debate but for 24 years in public service.

Lacson believes that one of the importance of debates among the candidates as these would give the people an idea of their capabilities and character.

Lacson, Sotto together with aspiring Senator and former PNP Chief Guillermo Eleazar spearheaded a forum among local farmers yesterday in Daet, Camarines Norte to raise their issues and concerns regarding agriculture.