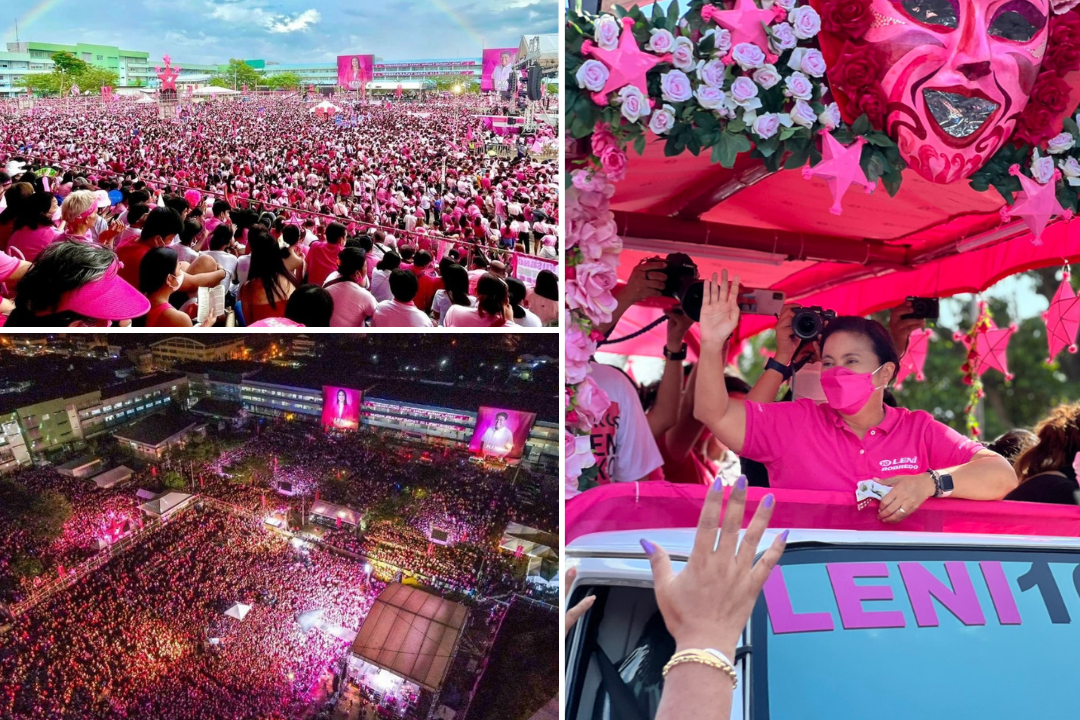 More than 100,000 people attended the various gatherings of presidential candidate and Vice President Leni Robredo in Negros Occidental on Friday, March 11, capped by a jampacked grand rally in Bacolod City–attaining the goal of a “six-figure” attendance set by Negrenses.

Thousands of people gather at the Paglaum Sports Complex in Bacolod City as they show support for the Leni-Kiko tandem, March 11, 2022. An estimated 70,000 supporters attended the event.

Meanwhile, the crowd during Robredo’s brief event in Sagay City was estimated at 20,000 according to Cadiz City Mayor Salvador Escalante. The Vice President also made stops in San Carlos City, Kabankalan City, La Carlota City, Binalbagan, and Hinigaran, where she attracted some 20,000 supporters.

Bacolod City has so far attracted the highest number of supporters since the campaign period began–breaking an earlier grand-rally record in Cavite which drew 47,000 kakampinks from various towns and municipalities.

Robredo’s recent grand rallies and sorties were greeted by thousands of volunteers and supporters such as the gathering in Cavite, Iloilo, and Tandag which gathered around 50,000, 40,000, and 20,000 supporters, respectively.

Negros Occidental has more than 1.9 million voters for the May 2022 elections, making it the sixth most vote-rich province in the country.