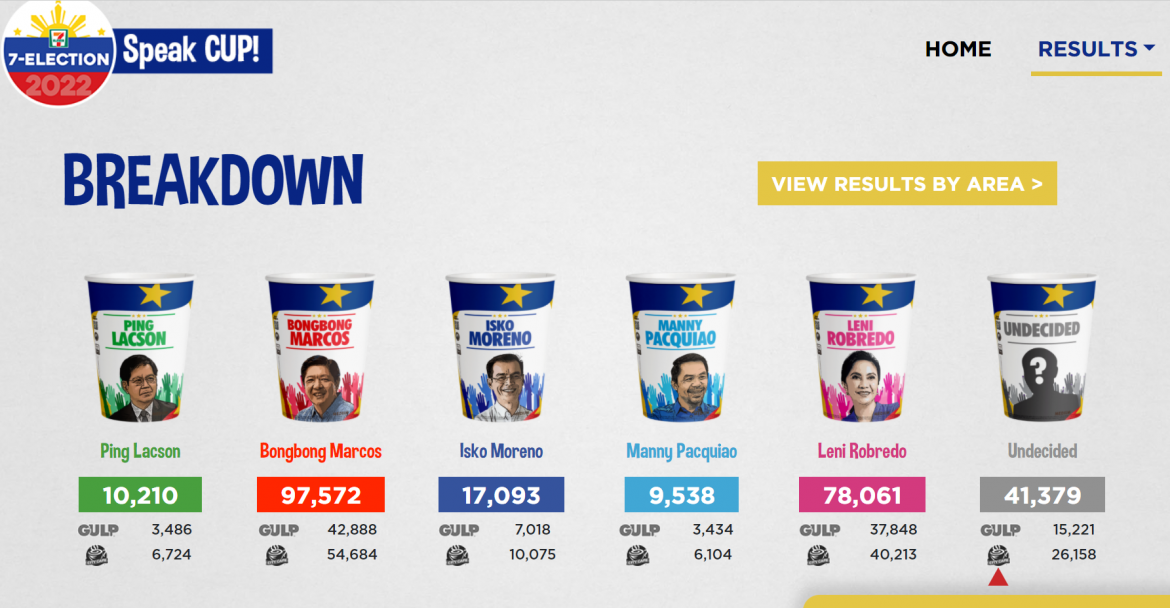 Bongbong Marcos is currently leading with 40% as of today, in the 7-Eleven’s ‘Speak Cup’ 2022 election cup that was launched to the public last March 9.

7 Eleven has once again launched their “7-Election” cups in the peak of campaign season for the 2022 national elections on May 9.

There is also an “undecided” cup for those who haven’t decided yet who to vote.

To know the results of the vote or cups purchased for the particular candidate, a special barcode is printed in each cup which people can scan to vote. One cup is equal to one vote, and these are tallied and updated daily on 7-Eleven’s election website.

Meanwhile, the convenience store stressed that this poll is just for fun and unofficial.

The cups are available in every 7-Eleven convenience store nationwide until April 27.