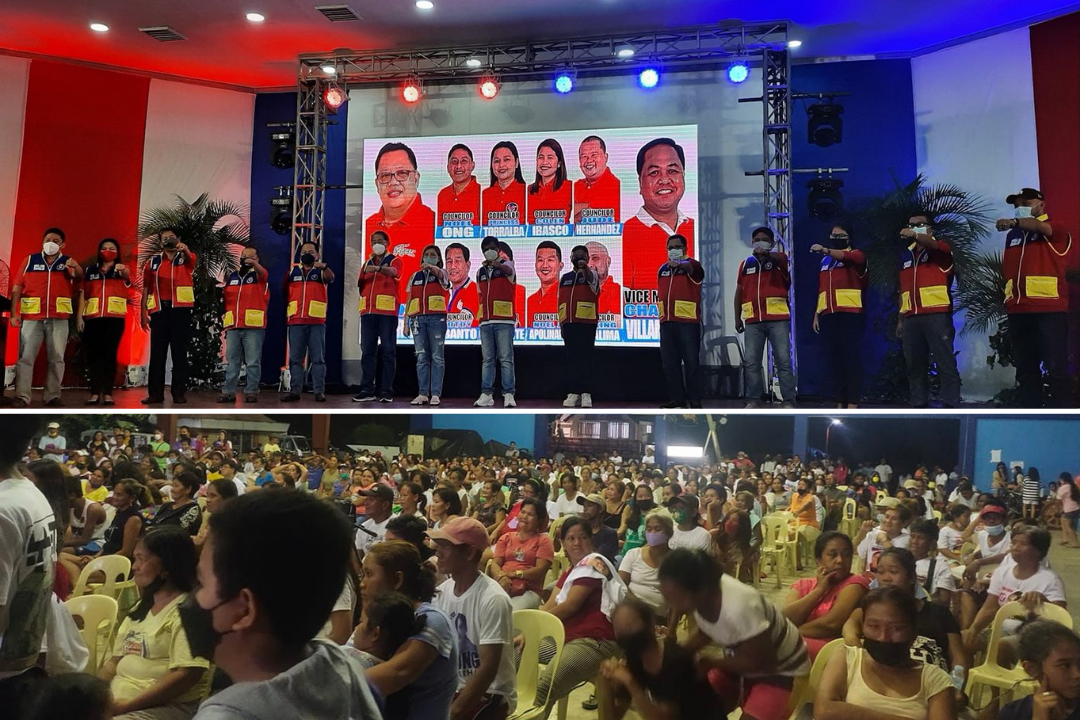 Residents of Mercedes, Camarines Norte expressed their gratitude to Gov. Egay Tallado during his campaign on the night of March 26, 2022 in the said town in conjunction with the Proclamation Rally of Team Gawa.

The governor returned the crowd’s gratitude with good news. According to him, shall he be reelected, he and Mayor Alex Pajarillo who also led the procalamation rally in his town, will work together to intensify priority projects and programs in Mercedes such as scholarship program for the youth and additional benefits for senior citizens.

The town of Mercedes has long been a beneficiary of so many projects and programs from the administration of Gov.Tallado, be it in infrastructure, livelihood, and assistance for youth and senior citizens.

Gov. Tallado also requested for the residents’ full support for Team Gawa’s line up as he believes that they all must win for the smooth and continuous implementation of projects and programs in various barangays of the province.

After the governor’s speech in front of supporters, he and the running Mayor Alex Pajarillo, led the proclamation of the line of Team Gawa Mercedes.

The proclamation was also attended by VG-elect Jonah Pimentel and Team Gawa board members in the Second District, while 2nd District Representative Marisol ‘Toots’ Panotes also extended her support.

It can be recalled that in the previous elections, the town of Mercedes gave a landslide victory to the candidacy of Gov. Tallado.