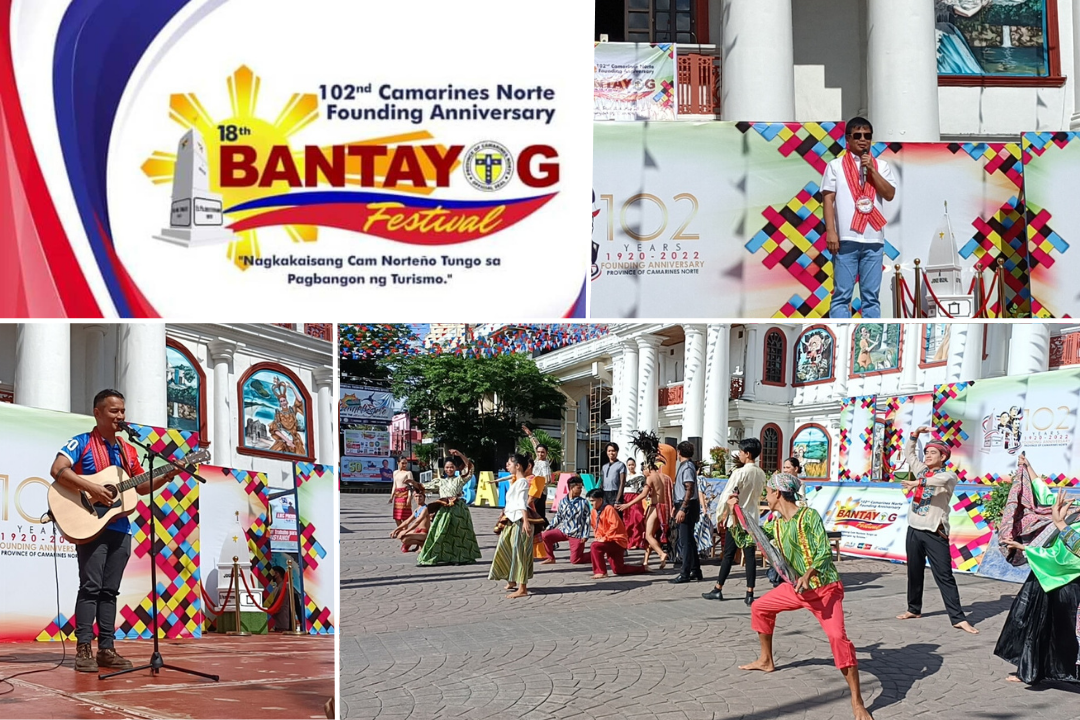 Camarines Norte’s celebration of 18th Bantayog Festival in observance of it s 102nd Founding Anniversary officially opens today, April 18, 2022 with an array of month-long events and activities for locals and tourists.

Expectators were entertained by performances from the Tanghal Kulturang Camnorteno showcasing the roots of the province as well as its glorious and abundant blessings. Actor JM De Guzman also graced the opening ceremony with an acoustic performance.

The Provincial Tourism Operations Office headed by Mr. Mariano “Bong” Palma invites everyone to join and witness the events and activities of festival but with a reminder to still follow health protocols.

Among the most awaited events in this year’s celebration are the first ever Mixed Martial Arts Tournament, Miss Teen International Philippines, Mr. and Ms. Beach Body and the Search for Tourism Ambassador.

Other activities to join and watch out for in the month- long celebration are cookfest featuring culinary tourism, Zumba, Bantayog Beach Volleyball, clean up drive, mangrove planting, ml tournament and many others.

However, unlike its predecessors, there will still be no actual or on-street street dancing and grand parades to be held. Instead, simpler and meaningful activities will be held in lieu of the crowd-gathering festivities despite the reports of zero active cases of Covid-19 in the province.

The Bantayog Festival is celebrated as a commemoration of the country’s hero Jose P. Rizal’s first monument, which was erected in Daet, the provincial capital, two years after he was executed in Bagumbayan.

Though Jose P. Rizal did not have roots in Camarines Norte, the province initiated the need to place a monument for the hero as a tribute to all the revolutionaries who fought during Spanish colonization.