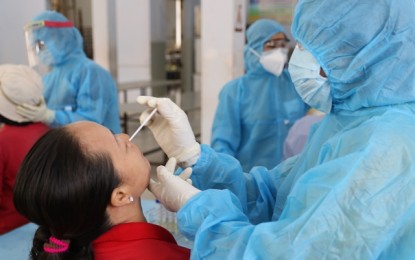 In the recent surveillance COVID-19 RT-PCR test for health workers in Rural Health Units in the province, more than 100 personnel were tested negative according to the Provincial Health Officer, Dr. Arnel Francisco.

According to PHO, the surveillance test was done to ensure the safety of health workers against corona virus.

The surveillance test was done in different RHUs in the province. Personnel from Provincial Health Office and Camarines Norte Provincial Hospital also took the test, and all were tested negative.

This test was in accordance with Department of Health Region 5 advisory. According to DOH, the health workers who works to secure the welfare of the patients also needs to be checked regularly to ensure their safety as well.