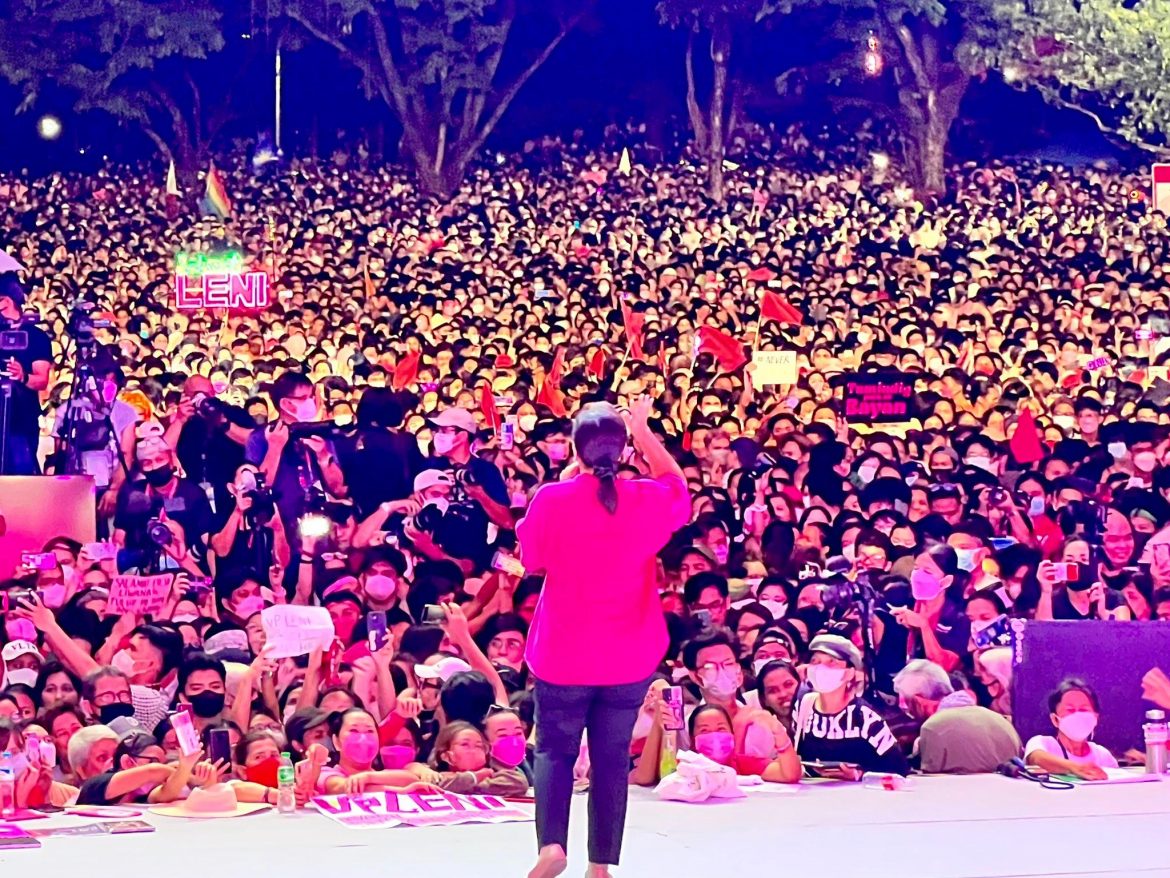 During the campaign period, the spirit of volunteerism among Vice President Leni Robredo’s supporters was born. During her thanks giving speech earlier in the Tayo ang Liwanag: Isang Pasasalamat event, she announced that the Angat Buhay program of the Office of the Vice President (OVP) will be turned into a non-government organization.

She said the OVP’s program will be used as its template, having launched programs in the country despite of limited funding.

Still no direct concession from VP Leni Robredo even as she trails in the presidential race, but she said that by July 1, she will work again to head the largest volunteer group – a non government office.