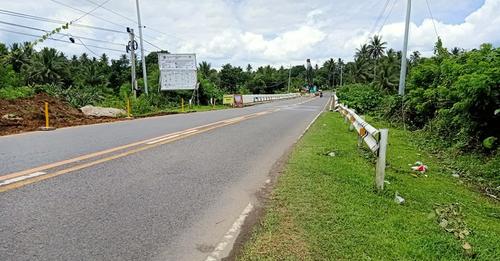 Because of the ongoing widening project of Pagsangahan Bridge located in Maharlika Highway, Barangay Pagsangahan, Basud, Camarines Norte, truck and buses are temporarily off limits in the said bridge according to the Department of Public Works and Highways (DPWH).

Said project is a regional project according to DPWH District Engineer Edwin Bermal.

To further inform the public regarding this matter, traffic advisory will be released. Basud Municipal Station also informed the public through their Facebook page.

Light vehicles and Public Utility Vehicles (PUV) are allowed to use the said bridge.

Meanwhile, truck and buses are advised to use the Andaya-Quirino by-pass road.