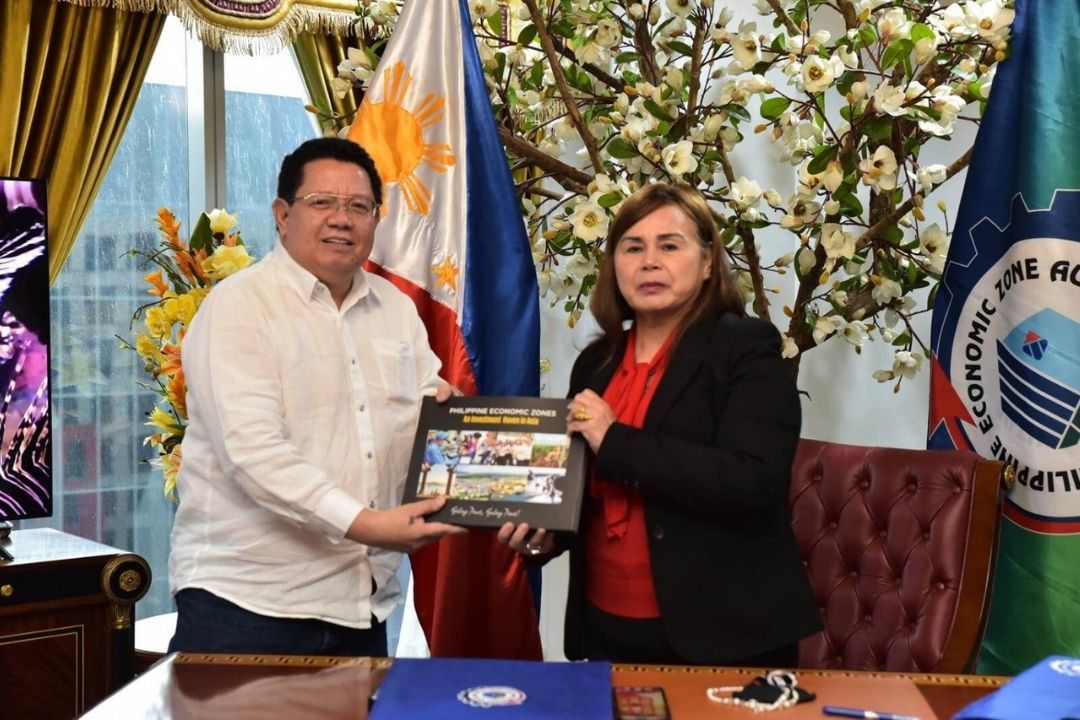 Camarines Norte’s Governor-Elect Ricarte “Dong” Padilla recently had a meeting with the Philippine Economic Zone Authority’s (PEZA) Director General Charito Plaza with regards to his probable plans for the province as the governor.

In his official Facebook page, he shared that even his term is not started yet, it is not a hindrance for him to start his plans for his fellow CamNorteños.

Gov. Padilla shared that Dir. Gen. Plaza accommodated him as he paid a visit in her office recently.

According to him, they tackled about his desire to have PEZA be promoted in Camarines Norte.

Philippine Economic Zone Authority (PEZA) is a government agency in the Philippines attached to the Department of Trade and Industry created to help promote investments in the export-oriented manufacturing industry into the country by assisting investors in registering and facilitating their business operations and providing tax incentives.