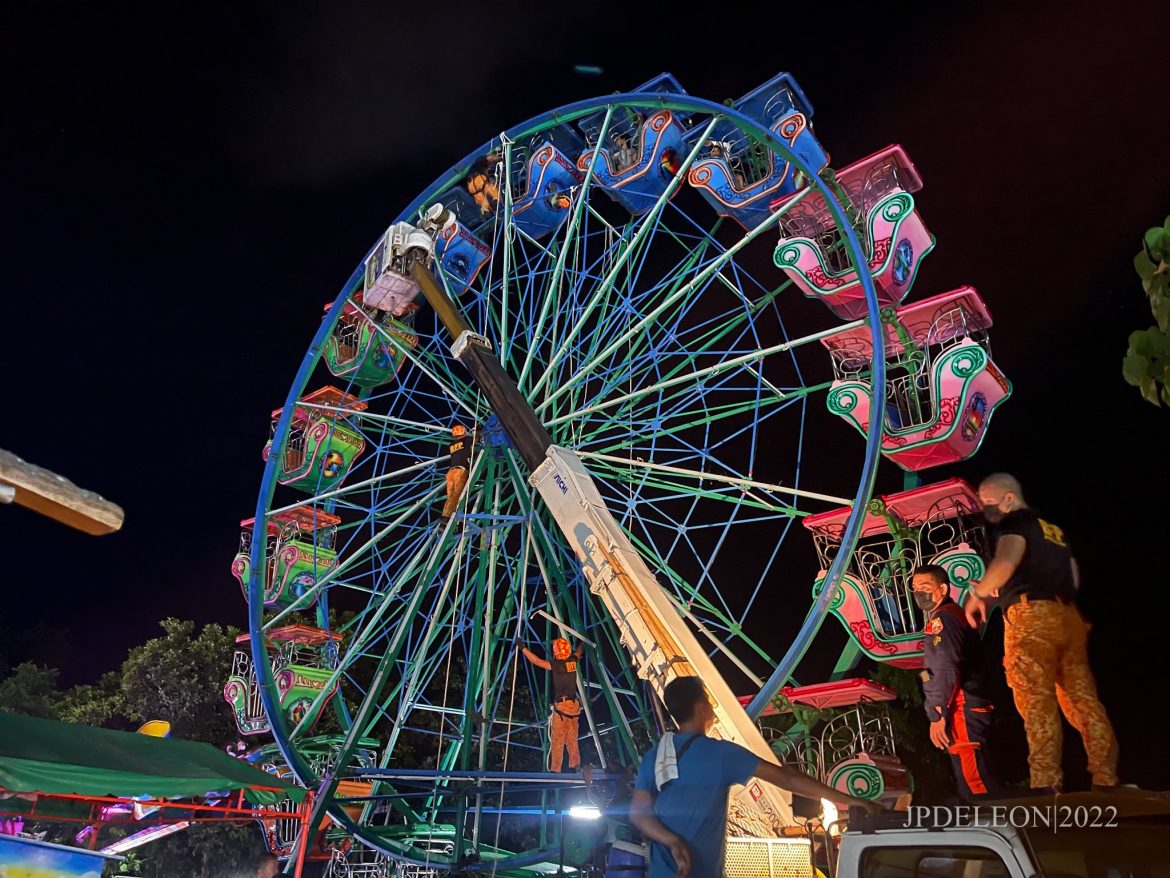 Due to mechanical error of ferris wheel of local amusement park in Brgy. Lag-on in Daet happened on Friday night, the operation of amusement rides will be suspended temporarily.

This was according to a press release approved by Mayor Benito “B2K” S. Ochoa posted by the Daet Municipal Information Office’s in their official Facebook page.

Mayor Ochoa also instructed and Inspection Team to check and assure the safety of rides in the said amusement park.

The municipal Mayor also thanked for the quick response of the personnel from MDRRMO, BFP, Mount Labo Rescue Team and CANORECO in the said incident.