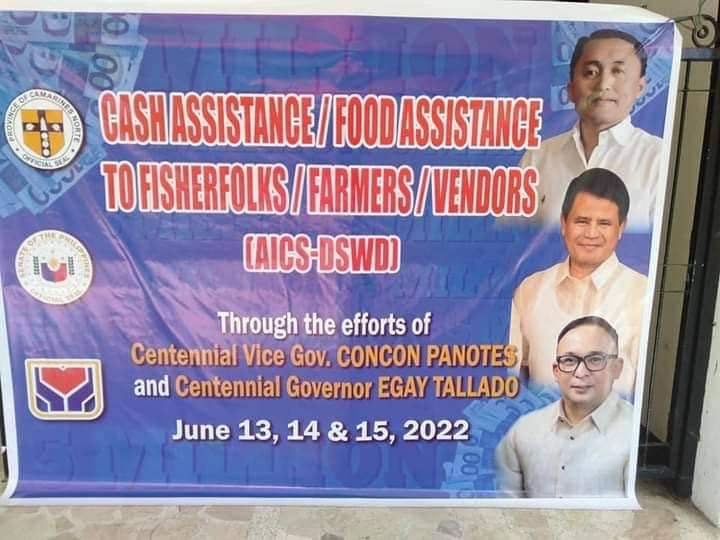 The Provincial Government of Camarines Norte headed by Governor Edgardo Tallado distributed financial subsidies and food assistance to some farmers, fisherfolks, and vendors of the province held on June 13, 14, and 25, 2022 at the Agro Sports Center, Provincial Capitol Compound.
The project was funded by the Office of the President amounting to Php4,578,000.00 thru the effort of Governor Edgardo Tallado, Acting Vice Governor Concon Panotes, and Senator Christopher Bong Go representing President Rodrigo Duterte.
This aims to give some relief to the said sectors amid the financial crisis brought by the Pandemic. Farmers, Fisherfolks Vendors, and some of the sectors suffered a lot during the pandemic.
The Governor said, as the father of the province, he cannot afford to see his constituents suffering from the effect of the crisis by just sitting down. “I have to do something” the governor uttered in his message.
Meanwhile, President Duterte thru Senator Bong Go promised that the national government will never cease helping the provinces which in need of help.